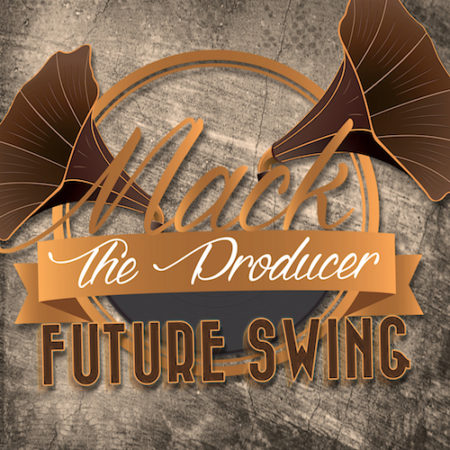 Mack The Producer – Future Swing
The electro-swing sound has been rinsed a lot in recent years. Having now mutated into a hugely popular club culture movement, it can be heard in festivals all over the world. So you’d think that nearly every angle has been covered musically, but not so… This Chilean born producer has joined the party with a distinctly leftfield and trippy version of electro swing, which will certainly make people sit up and listen.

Now based in Finland,this globetrotting producer spent most of his childhood in Brazil and the US.Trained to play piano at an early age he moved onto synths aged 14, and began DJing 3 years later.
In recent years he’s become king of electro swing mash-ups, fusing and/or covering The Rolling Stones,Modijo, Michael Jackson,Sophie Ellis Bextor,and Kraftwerk,and creating electro swing house party anthems.It definitely don’t mean a thing if you don’t add that swing for Mack The Producer…

His new album entitled ‘Future Swing’ for Green Queen Music shows a far more experimental side to his musical talents.

Swing house beats pervade, but also lots of interesting musical interludes and odd beat time signatures.‘Don’t Stop’ is a perfect example of this as it suddenly stops the horn trimmed house beats and dives into some dubstep deepness.It’s all strangely hypnotic but appealing, especially for the left-field heads out there.Elsewhere ‘Electric Affair’ is trance beats with swing;a fascinating,minimal blend that works.‘Hornaval’ is probably the stand out track in terms of surrealistic swing though; a bouncing piano groove with devilish horns and a sinister vocal whispering: “this is the sound, this is the swing”…So for all swing beat heads out there,check out Mack The Producer’s ‘Future Swing’,due out.