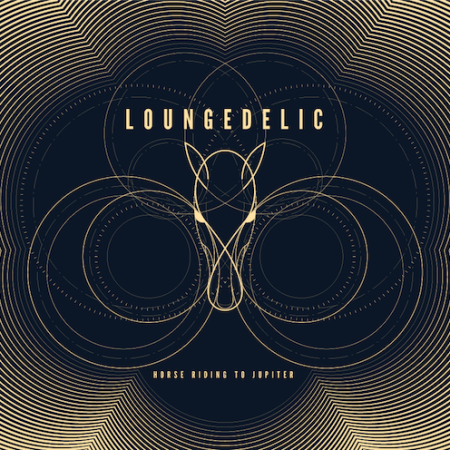 A forty-minute eight-track album that explores a visionary and imaginative retro journey from a contemporary perspective. This has been possible thanks to the fusion and shared love for cinematic movie sound tracks and psychedelia the band has. Producer GAUDI brought Loungedelic’s intentions to a higher realm by adding and blending an exquisite combination of electronic and vintage sounds.

The lineup consists of founding guitarist Pippo de Palma, who was attracted by the need to combine music and images, who created the project Loungedelic in 2006 during a tour in Europe with the Italian psychedelic-groove band ALIX (member since 1996). ALIX has performed in venues such as Paradiso in Amsterdam and festivals like ATP’s in the UK. Their last album “Good One” was produced by Steve Albini.

Relocated in London, Pippo gave a second life to the project with bass player and producer Tiago Dias from THE HOBOS and drummer and producer Nikolaj Bjerre from LAMB, YOUNGER BROTHER, IAN SIEGAL, Z STAR and visual artist Stefano Terranova aka Telenova who took Loungedelic’s live shows to a fully sensorial experience.

The artwork accompanying the album was created by visual artist Stefano Terranova aka Telenova, already part of the band with his live visual art projections. ‘Horse Riding To Jupiter’ will be released in 2017 on digital and cd.