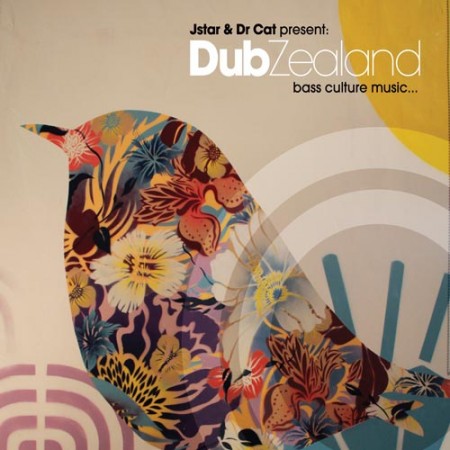 Fourteen diverse musical tracks highlight the surprising relation between the two islands forming the “Land of the White Cloud” aka New Zealand, and that other hot spot of bass vibrations in the Caribbean; Jamaica.

From this musical puzzle comes the worldwide class of the Black Seeds, the heavyweight Dub Terminator, the dub n’ bass of Rhombus in Dub and the roots fidelity of Unitone Hi-Fi – yet another artist who has claimed international recognition.

International Observer goes exotic via the Bombay Dub Orchestra remix, newcomer Jefferson Belt provides cosmic visions of the world, and Tiki Taane holds it down on a deep remix of Knights of the Dub Table

More digital science follows from Pitch Black, The Nomad, Deep Fried Dub and Sola Rosa to a very smoky mix of Katchafire “Collie Herb Man” that looks at Kingston Town straight in to the eyes. Dub Zealand; a full immersion in the world of “Dub-down-under”, coordinated with passion by Jstar and Dr Cat.