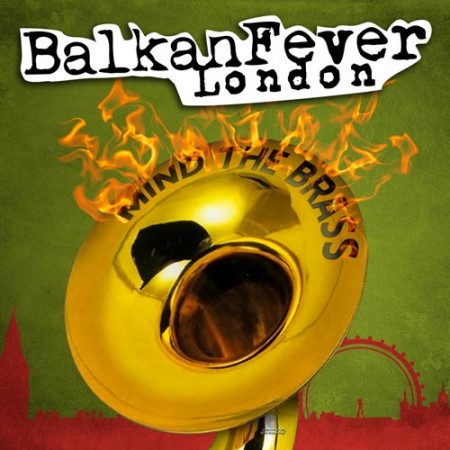 The Balkan Fever has finally hit London and the UK -where- in keeping with the strong live independent music scene in what many consider to be the world’s music capital – the spirit has mainly been take up by live bands rather than DJ/Producers as has happened on the continent. Being and magnet for musicians from around the world, London has a wealth of artists from different countries – reflected in the track list…The CD showcases some of the hot bands and talents bringing a UK edge to the Balkan scene as well as some stalwarts and leader who were doing it here in the UK way ahead of the Balkan Wave..

The Balkan states are at the intersection of so many worlds and their music very much reflects this melding of diverse and rich traditions. It is in this same spirit, the meeting of the diverse, that the tracks on Balkan Fever London show that no matter what your roots are, as long as you are speaking the first language of the world – music – then you are speaking a language that everyone can understand.