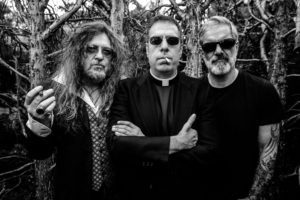 HISTORY OF THE SHED

The Shed stands deep inside one of the many areas of ancient forest within the County of Suffolk, in the Eastern Region of the United Kingdom known as East Anglia, near the village of Rottenham.

The age and origins of its construction are unclear, but its long roots are intertwined with the underground tunnels spreading along two continents as far as the torrid Etruscan’s planes of the Mediterranean shores of Italy as well as the murky, bug- infested swamps of the Southern US

Since the Great Zombie Outbreak of Tribute Acts, which swept Middle-Earth in 2078, the Shed has become a sanctuary for a multitude of like-minded Creative, but equally weird individuals collaborating to all sorts of dubious activity, most (but by no means all) under the generic and filthy mantel of Artistic Project

Photographic and Cine-Visual Arts, Rudimental sculpturing, Biomechanical and Genetic experiments, Psychedelic Trials, mysterious Fertility Rituals and Audio-Alchemy alike, the Shed offers shelter to those who seek a quite (if filthy) corner of creativity inside its shanty walls of rusty tin and rotten plank

The Shed’s main culprits for the strident concoction of Art & Noise generating from within its cavernous, stinky guts are three brothers from different fathers and even more distant mothers:

Professor O.B.Scene , (AKA Dude With The Pipe)
Guitars, Stomp, Tambourine, Theremin, Pipe
Origins Unknown
Spends most of his time in the dustiest corners of the Shed, in continuous torturous attempts to squeeze improbable sounds out of a multitude of devices, including innocent musical instruments and weird electronic apparatus. He also spends time simply smoking his inseparable pipe in contemplation of the wonders and irony of life

Vicar Du Bruit
Guitars, Tambourine, Keyboards, Gadgets, Vocals
Ordered Vicar from the Parish of the remote French village of Jesus Nazareen , he was (wrongly) convicted of Repeated Abuse Of Office during his tenure.
After miraculously escaping the lynch mob, eventually found refuge and rest in the Shed, where he entertains himself producing noises, mainly in the company of animals.

Popa B.A.D.
Grunts, Tambourine, Harp and Bass Guitar
Origins Unknown
The first group of survivors escaping the Great Zombie Outbreak, found him already settled in the Shed
He preaches to peregrines and to pretty much anyone unfortunate enough to be temporarily trapped inside the Shed. He has a filthy desk where he writes sermons and other delirious rants,Occasionally, out of nowhere, he will scream obscenities, moaning and begging loudly to be let out, but he is largely ignored