The Gentlemen Callers of LA 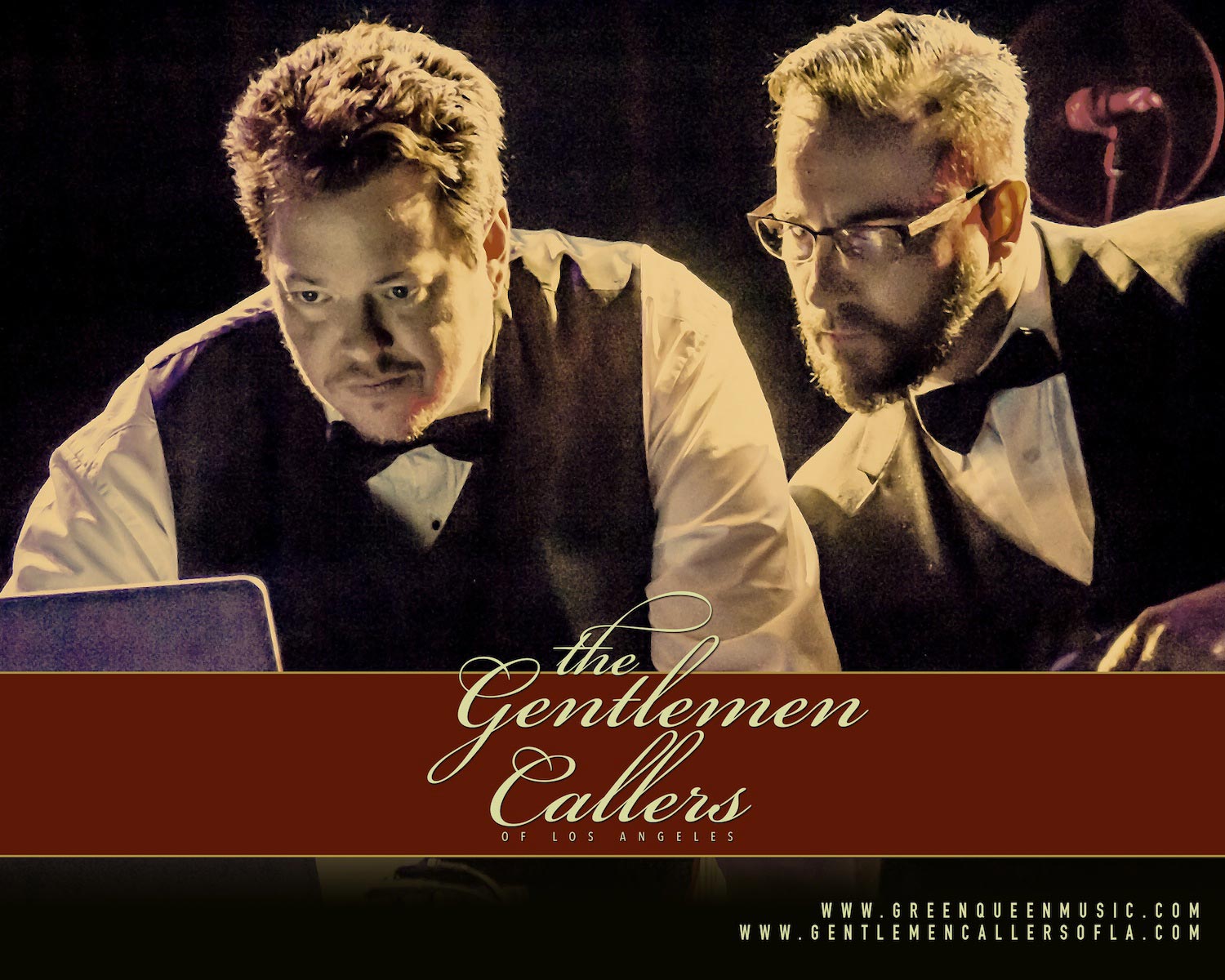 THE GENTLEMEN CALLERS is an american electroswing project from the production team of ATOM SMITH & BUCK DOWN of los angeles, california.

Biography
THE GENTLEMEN CALLERS is the latest project from the production team of ATOM SMITH & BUCK DOWN of los angeles, california. the duo is most famous for their decade long stint as the writers, arrangers and producers of the 20 piece electro-funk circus THE MUTAYTOR (www.mutaytor.com). atom and buck have also performed or produced as THE DUB PSCIENCE LABORATORY and GORILLIONAIRE,

along with their own records – they have produced a number of remixes for a wide range of artists, including BART AND BAKER, MARCELLA PUPPINI, LAMUZGUEULE, JANIS JOPLIN, MATISYAHU, KID BEYOND, ROSIN COVEN and others. their music has been featured in TV and film, including NBC’s Hawaii, FOX’S House, Return of the Living Dead, Dirty Love and quite a few indie films about the Burning Man festival, where the MUTAYTOR first rose to fame.

THE GENTLEMEN CALLERS is all american electro swing house, with a decidedly west coast feel, and will be doing a great deal of remixes of dust bowl revivalist bands that all their friends seem to be in these days, their own original compositions, along with live DJ performances, coming to a swinging joint near you.