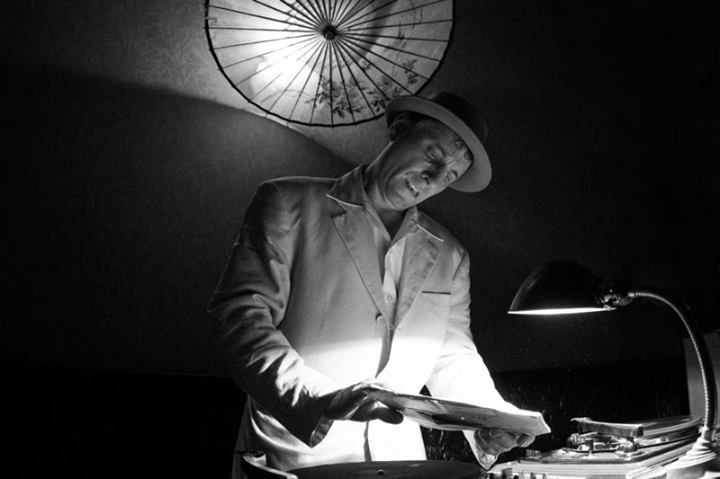 Paul Golledge, aka DJ Swing Maniac, is renowned on the UK/London Vintage scene for his extensive knowledge of 20’s and 30’s Jazz and his rare collection of 78’s, spanning as far back as 1917.
Described as the ‘King of Swing’ amongst the Shellac Collective, Paul is regularly called upon to share his expertise and in-depth knowledge of early jazz and swing music. Paul has collaborated with producers from the music and film and industry from Jazz FM, to The Great Gatsby. He is currently putting together a double-album compilation with Green Queen Music, of rare and previously un-aired Jazz and Swing recordings, from his vast 78 collection, due for release early next year. He is also a frequent guest DJ on the Vintage Kipper the Cat radio show, on Cambridge 105 FM.
Paul runs some of London’s most popular swing clubs, Mouthful O’ Jam, The Delirium Den and The Shugapush. Last year Mouthful O’ Jam launched the first European Blues Invasion, which brought together teachers and DJ’s dancers from all over the world and put the London Blues scene firmly on the map.
He has also been at the forefront and DJ’ed at all the top vintage swing events in London and the UK: The Black Cotton Club; The Bristol Lindy Exchange, Camp Bestival, The Cakewalk Revival at Ally Pally; The Casanova Ball – The Last Tuesday Society; Saturday Night Swing; Swingland; The Lady Luck Club; Puttin’ On The Blitz; Oxjam; The Quick-Quick Club; Spitfire Bounce and Tour De Force. As well as various special events at unique venues such as The Globe, Alexandra Palace, Orleans House and Wilton’s Music Hall.
Apart from his musical expertise, Paul is an accomplished dancer and teaches workshops both in the UK and Internationally. He has also featured as a dancer in Dennis Potter series, “Lipstick on your Collar”, with Ewan McGregor, as well as on stage at events such as Twinwood.